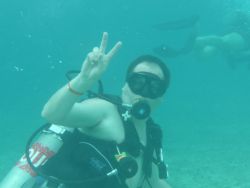 During the years 1982-1987 I studied Physical Engineering at the Faculty of Nuclear Sciences and Physical Engineering of the Czech Technical University in Prague (field of study Physical Electronics). My master's thesis was supervised by prof. Ing. J. Tolar, DrSc. at the Department of Physics FNSPE CTU. The master's thesis called Laser as an Open Quantum System was focused on the problems from the field of Quantum Optics. I graduated with honors. I started my internship at the Institute of Physics of the Slovak Academy of Sciences in Bratislava after my mandatory military service.

After one year I became an internal aspirant supervised by prof. RNDr. V. Bužeka, DrSc. I defended my disertation in 1991. Its topic was Nonclassical Effects in the Interaction of Quantum Electromagnetic field with the Material Environment. The work dealt with field compression problems, its generation within Jaynes-Cummings model and also with problems connected to nonclasical states and commpression rates of higher orders. A collection of my works was awarded the first price in the Competition for Young Physicists in 1990. 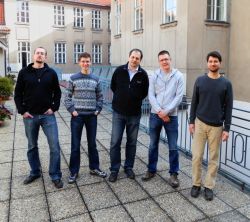 I started my one-year postdoctoral fellowship at the University of Tokio, in the group of prof. Matsutoka in 1991. I worked as a research assistant in a group of prof. Paul in Berlin in 1993 and 1995. I cooperated with prof. Stenholm at The Helsinki Institute of Physics in 1994. During my fellowships I was interested in various aspects of the nonclassical light behavior and the interaction of the nonclassical light with material environment.

Since 1996 I have been working at the Department of Physics, FNSPE CTU in Prague. I obtained a habilitation scholarschip from the Republic of Austria in 1997, which I realized in Innsbruck, in the group of prof. Zeilinger. My habilitation (Quantum Effects in Nonlinear Optical Processes) was defended in autumn 1997. In 1998 I was able to work in the group of prof. Schleich at the University of Ulm thanks to the Humbolt scholarship (from the Humboldt Foundation). I defended my Doctoral Dissertation (Optical Multiports, Theory and Applications) in autumn 1999. 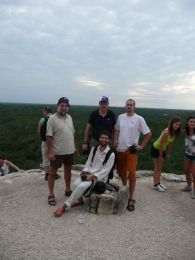 In 2002 I was a visiting fellow with prof. Barnett in Glasgow. In 2003 I was appointed the Professor of Physics. In 2004, 2007, 2009, 2012 I was awarded the Prize of CTU in Prague for Science. In 2012, with M. Štefaňák, V. Potoček, C. Hamilton and A. Gábris, we have been honoured by the Siemens Excellence award 2012 for science. I was a member of several Scientific Councils (Faculty of Mathematics and Physics, Charles University in Prague; Faculty of Sciences, Palacký University Olomouc; FNSPE CTU in Prague). In December 2013 I was elected dean of the FNSPE CTU in Prague. I am a fellow of the Institute of Physics (1999), the Optical Society of America (2017) and member of Academia Europea (2021).

My teaching activities have started at the Department of Physics FNSPE. In 1996 I gave lectures in Quantum Mechanics 2 and led seminars from Mechanics, Electricity and Magnetism, Thermics and Thermodynamics, Experimental Laboratory. In 1998 I took over lectures from Thermodynamics and in 2000 from the Theoretical Physics 1. Since 2000 I have also given lectures on Quantum Information and Communication, Nonequilibrium Systems and Selected Topics from Thermodynamic and Statistical Physics.

I am a member of Doctoral study Council at FNSPE CTU in Prague. I supervise undergraduate, graguate and PhD. Students in the fields of Mathematical Physics. I am referee of several international physics journals (Phys. Rev. Lett., New J. Phys., Phys. Rev. A, J. Phys. A, J. Opt. B, Optics Communications, J. Mod. Opt., Czech. J. Phys., Acta Phys. Slovaca). During 1998-2001 I was a member of the editorial board of the journal J. Optics B. Further I reviewed for Czech Science Foundation a Higher Education Development Fund. I have received several grants and European Union projects. I collaborated on the fundamental research project of the Ministry of Education MŠMT 210000018 and was the principal researcher of the fundamental research project of the Ministry of Education MŠMT 6840770039.

Professional: quantum information, quantum optics and many others.

The Faculty of Nuclear Sciences and Physical Engineering (FNSPE) was established in 1955, as part of the Charles University. In the year 1959 it became a new independent faculty of the Czech Technical University in Prague. The faculty offers many Physics, Mathematics and Chemistry branches of study. The faculty gives high level of academic education with deep Mathematical and Physical background...

Informational portal focused on The Faculty of Nuclear Sciences and Physical Engineering offers a lot of useful information about events and every day life at the faculty. Website is designed for the general public and high school students searching for their future university studies. Portal can also help visitors to choose suitable field of study from many branches at FJFI...

The Czech Technical University in Prague (CTU) is one of the leading universities in the Czech republic. CTU was established in 1707 as the first technical university in central Europe. CTU consist of eight faculties, four university institutes ans several other departments. CTU offers 70 different courses. More than twenty thousand people studies at CTU each year.